The South American palm weevil (Rhynchophorus palmarum) is one of the most invasive pests in California. Its first appearance in San Diego has been recorded as early as 2010 when it is believed to have crossed borders from Mexico. In July 2016, it killed more than 30 Canary Island date palms in America’s finest city, which then cemented its reputation as a ruinous pest.

They may be tiny, but weevils are highly destructive. Considered both as an economic and ecological threat, it is crucial to rely on reliable tree service San Diego for effective palm weevil treatment.

Do not wait before it is too late to save your palm trees! Keep on reading to know more about weevils and the havoc that they could wreak!

Identification of weevils is important so that you can execute immediate action to control infestation once they are present. The appearance will differ depending on their stage of growth.

The larvae of weevils look like caterpillars. They are legless and have an orange-brown head. The abdomen is creamy-white and semi-transparent.

Once they turn into a pupa, you will see a fibrous brown and cylindrical body.

Adult weevils, meanwhile, will have a deeply pitted body covered with short hairs. They are deep black and will be around 1.5 inches long.

The most popular host plants of weevils in San Diego are Canary Island palm trees. More so, this pest also attacks other species, such as California fan palm, Mexican fan palm, coconut palm, and date palm, among other palm trees used in landscaping.

Weevils also have several secondary hosts, which include pineapple, papaya, guava, avocado, banana, and custard apple. In San Diego, however, it is a pest problem mostly in palms.

Signs and Symptoms of Infestation

One of the problems with weevil infestation in San Diego is that it may be too late before you realize that they are invading palm trees. Early-stage damage will be almost impossible to notice. The symptoms will only become apparent once the damage has progressed.

The damages will depend on several factors, such as species, cultivar, size, and overall condition of the host plant.

Initial damages from weevils will appear on the top or center canopy. The leaf tips will truncate, and mid-blades will be missing. The crown will flatten, leaves will turn yellow, and holes will appear at the base of the tree. Pupal cases will also show up, which will appear like shredded wheat biscuits.

When the infection is severe, it will not take long before palm trees will be weak at their core. The risk that it will collapse is high. Because of the size and weight of palms, it can be a safety hazard when they fall.

The South American palm weevil is a direct and deadly pest in San Diego. Worse, it is often too late when the infestation becomes evident. Nonetheless, to successfully prevent and treat these pests, take note of the things mentioned below.

Trapping is a crucial part of an integrated pest management approach. You can position plastic buckets at least 60 feet away from the potential host. The most effective color is yellow. Weevils will land on a nearby surface and crawl to the trap. To make traps more effective, they should contain foods with kairomones, such as apples and dates.

One of the best ways to control the infestation of weevils in San Diego is spraying systemic insecticides on the crown, trunk, or soil. The insecticide will move until it reaches the apical meristem. This is the heart of the palm, which is also where weevils concentrate. Spraying insecticide should be done before there are irreversible damages.

For soil-applied systemic insecticides, some of the best options are dinotefuran and imidacloprid. It may take a while before they can move to the crown, so it is recommended that you also use foliar insecticides to control South American palm weevil in San Diego.

If the damage is too much to save, then you need to contact a professional company that can help in tree removal San Diego. Delaying the removal of the tree can cause the weevils to spread to adjacent palms. Before removal, consider using an herbicide to kill the tree and an insecticide to treat the crown. This will prevent the weevils from spreading further. 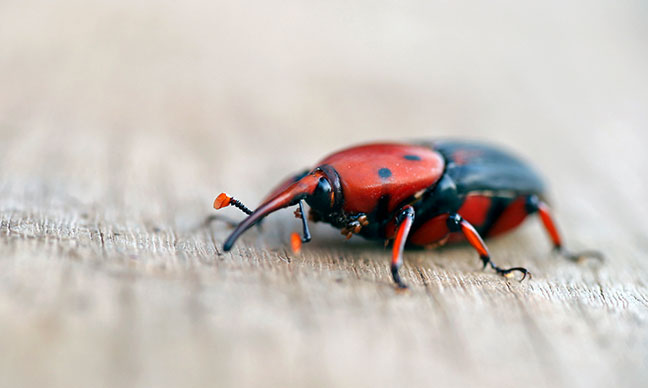 Q: How do you get rid of weevils on palms?

A: To get rid of weevils on palms, the best thing you can do is to rely on the assistance of companies providing tree services San Diego. The application of systemic insecticides is often done to control the infestation.

Q: What damage can red palm weevils cause?

A: Red palm weevils damage the trunk of trees in their larvae stage and the leaves once they turn adults. They create large boreholes while leaving viscous and chewed fibers on the host. These weevils also make leaves yellow.

A: A weevil is about 1.5-inch long, with a black body and long nose. They also have wings and are known for being strong fliers.

Q: How do you get rid of weevils?

A: The best way to get rid of weevils is to use a systemic insecticide. This should be done continuously to prevent future infestation.

Q: Where do weevils come from?

A: Palm weevils are historically from Argentina and Paraguay. Early infestations also started in Central Mexico, the Caribbean, and Central and South America. In the past ten years, it has also arrived in California, specifically in San Diego.

Palm trees are part of a multi-million-dollar landscaping industry in California. Unsurprisingly, any pest affecting these trees deserve attention, including the South American palm weevil. They can flatten the crown and turn the foliage yellow. The best way to prevent these problems is to use a systemic insecticide, which is best to be left on the hands of the pros. 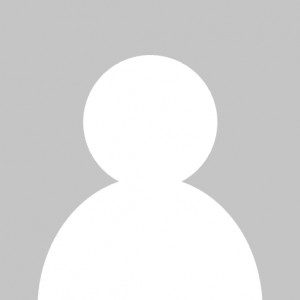 How To Get Fremont Tree Permit